Just like any other creative skill, a lot of songwriting is just about keeping the gears greased. With the way modern music is made, this can be a difficult practice to enforce. There are few tried and true methods that have worked for me, and one of them is Stream of Consciousness Album writing.

Essentially, you’re going to pick up an instrument (if it’s small enough– leave that piano where it is!), and make up a song on the spot. The hardest part about this is that it’s going to be terrible. That’s the point, though! Remember, you have to keep writing bad songs to get to the good ones. If you only pick up an instrument when you have a good idea for a song, you’re going to severely limit your output. I know some other songwriters are going to disagree with me, but only one of us is writing this blog– so I can only offer my own advice. Create constantly!

This is one of my favorite things to try. Press record on your iPhone, cassette recorder, computer, etc. Grab your instrument, and start playing your first improvised song. You know how songs typically go – play a few bars for an intro, start mumbling some nonsense words for a verse, pick it up for a chorus, maybe back to the intro before a second verse, then repeat that chorus as well as you can remember it. Take a break for a bit in the bridge, change the key, play the intro softer, something creative. Then repeat that chorus again and again, and end. Now here’s the REALLY nervy part: as that last chord is fading out, you have to imagine that it’s a real album you’re listening to. Remember those days? You put on a record or a tape or a CD, and you listened to an album all the way through. Your favorite albums became ingrained in your memory, to the point that when you heard that song played live or on the radio, you could hear the next song starting as it was ending. That’s what you’re going to do here; except you’re making this stuff up right there! Listen to the chord fading out, think about what you would want to hear next, and start playing that song. 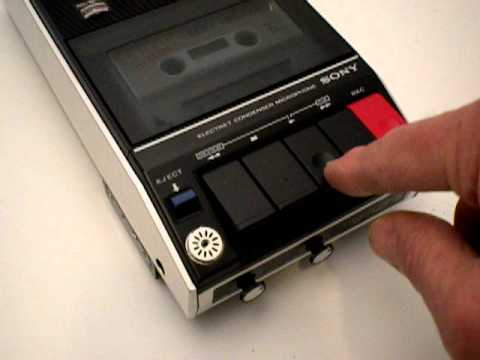 The second song is almost always going to be worse than the first; and again, that’s fine right now! No one ever has to hear them. Just keep playing. As you’re finishing that song, repeat! You’re literally going to make up 10 or 11 songs on the spot, with no prior thought. Here’s what’s going to happen: by the fourth or fifth song, you’re going to start repeating yourself. Subconscious ideas are going to start coming out, and you’re going to hear yourself saying words that seem unusual, random, or familiar. THIS IS WHERE THE REAL WORK IS HAPPENING.

When you’re done with all of that, save it, and walk away. Go back to your daily life. Call your mom on the phone, and tell her about your week. She loves to hear that stuff. Go to Subway and get one of those meatball subs with one of your friends from high school. Do anything except listening to that fake album you just made.

Sift Through The Rubble

When it’s been a few days, sit down alone, and listen back to the album. Pick up your instrument again (not the piano, David! Save your back!), and play along with the songs as you listen. Improvise melodies over it. Try to listen to your mumbling, and see if you can pick out themes or ideas of what you’re fake singing about.

In that 30-40 minutes of music, there will be some good ideas. Statistically, there has to be. Listen for ideas that catch your ear. Maybe the bridge of the fifth song is a little interesting. Pull that out, and try to turn it into its own song. Maybe song seven is kind of catchy, but it falls apart after the chorus. Take what’s usable, and throw the rest away. And keep going!